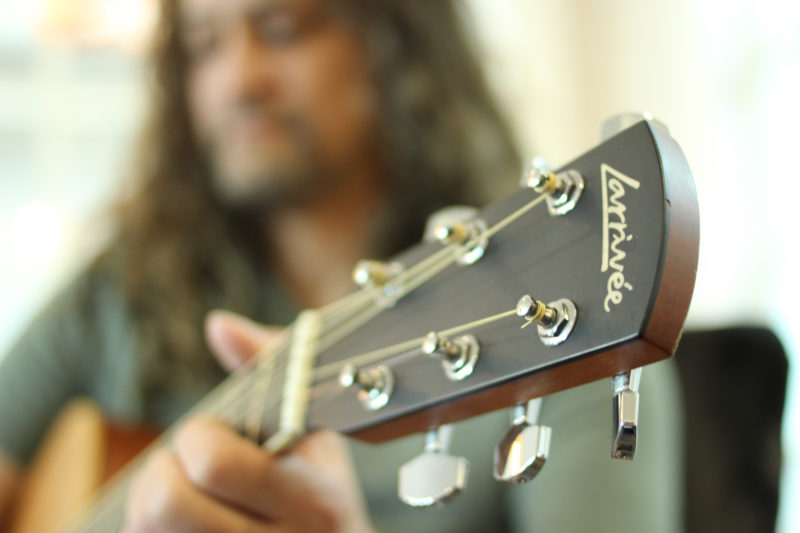 The journey to finding your passion is often not a straight line. As a young man I was introduced to Celtic music by a co-worker (I’m talking about you, Doug!) and it instantly spoke to me. While I have been a musician all my life, it never once occurred to me to start playing Celtic music myself.

I was born and raised in California and certainly loved many things about being there. One of the advantages was the sheer number of Celtic festivals within driving distance. I started spending my summers travelling to Celtic festivals and Highland games. I loved the music, I loved the people, I loved the culture. Every summer weekend was a different festival and a great excuse to get out and see the world. And still I did not play Celtic music.

While flute was my very first instrument, guitar is my life’s love. In spite of this I had stepped away from my music for most of twenty years. The bass player from my first band is to credit for encouraging me to pick up my guitar again. We were 12 when we first played music together, and have remained lifelong friends. He called me up out of the blue and suggested we get together for a jam session. That encouraged my brother to pick his guitar back up as well, and my brother and I worked on a collaborative project blending our vastly different styles. He playing his heavy metal rock against my acoustic folk style. We played a few shows and it got me out performing and brought playing music back into my life. Yet still I did not play Celtic music.

At 40 years old I finally grew up and decided to run away from home. I moved to the most remote location on the planet, a little ‘Big’ island in the Pacific called, Hawaii. Being in this beautiful place, within a culture that prizes a slower pace of life, my music called to me. For the first time in years I really, really wanted to create.

I took countless hours of music lessons from numerous instructors and found my mentor, guitar genius Robbie Calvo. I studied music theory. I played in a band for someone else and I even started my own band. I tried out playing all sorts of world music and found a particular love of flamenco guitar. I purchased new instruments to allow me to play these different styles. Yet I still did not play Celtic music.

I reached a place where none of my musical projects were panning out. It was sort of a hard choice, but I decided that I needed to start a new project. At long last I sat down and asked myself what I truly felt passionate about? Finally it was clear to me. I started playing Celtic music, and it’s been a downhill slide from there.